Cherry blossom (Sakura) festivals across Japan have been cancelled as the covid-19 outbreak worsens across the country.

The traditional spring celebrations in Tokyo and Osaka which attract millions of people yearly will not go ahead as planned in April.

The Japanese government has also been actively informing people to avoid participating in “hanami” parties in an effort to prevent the speed of the outbreak.

As of today, over 1000 infected cases have been confirmed in the country, with the number increasing rapidly in Hokkaido.

Last week, the governor of the northern prefecture declared a state of emergency, shutting down schools in Hokkaido.

Renewing your passport on 2022? Here’s what you should know 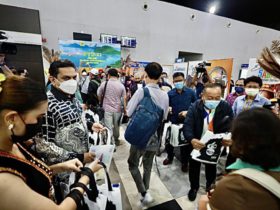