Tropical Hut, a local fast-food restaurant in the Philippines, increased sales after going viral on Twitter.

Since the early 2010’s, a number of Tropical Hut’s branches have already closed due to the continuous decrease in its sales.

Tropical Hut branches were suddenly sold out in dine-ins, take-outs, and via delivery that the restaurant had to politely decline to customers, they can no longer accommodate.

Along with this, the burger chain announced that since its renewed comeback, it had a few stock issues because of a sudden shortage in ingredients.

John Paul Tanyag, a market surveillance analyst, revealed that the fast-food chain is now interviewing people for placement in several branches. He was instrumental in helping the restaurant become viral.

Tanyag described his dining experience at one of its locations and expressed his wish that the fast-food restaurant company would remain open.

His tweets have inspired a number of Filipinos to visit the restaurant’s nearby locations to soothe their hunger for staple burgers and clubhouse sandwiches of Tropical Hut. 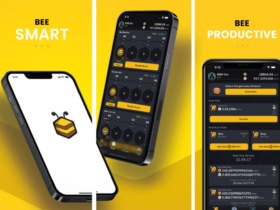